Auburn is a residential area 8 km east of Melbourne, situated in the Hawthorn area. It has a railway station with an adjacent shopping centre, near what was the main outgoing thoroughfare from Melbourne through Hawthorn at the time of Hawthorn's early settlement.

The area in which Auburn is situated was first called Red Gum Flat. It was well regarded as a source of good clay for brick and pottery products. The name ‘Auburn’ may have come from either or both of two residences built in the 1850s. Auburn Lodge, built by Reverend Henry Liddiard, was on an allotment immediately south of Burwood Road and between Glenferrie and Auburn Roads. To the south of Liddiard's residence John Collings built Auburn House at today's 4 Goodall Street.

In the north-east of the Auburn area early subdividers (ie before the coming of the railway in 1882), attempted to market the Rathmines Village. When the railway station was opened the name Auburn overtook other names. The subdivisions in the north-east attracted ‘gentlemen's private residences’.

Whilst Hawthorn's main civic and retail buildings were constructed in neighbouring Glenferrie, Auburn's Methodists built a large church in Oxley Road (1889). The retailing area in Auburn Road near the railway station attracted elaborately designed buildings, notable examples being the hotel (now Geebung Polo Club hotel), and a three-storey red-brick row of shops. A landmark at the corner of Auburn and Burwood Roads is Murphy Brothers' Produce store (1906).

The Auburn primary school (1890) (451 pupils, 2014) overlooks flats and units mostly constructed during the 1960s and 1970s, which the council encouraged as a way of arresting inner-urban decline. Local feeling subsequently overtook the Council's policy, and preservation measures and private initiative have kept many of the surviving older residences.

Auburn has a subsidiary shopping area at the corner of Auburn and Riversdale Roads, and further south is the Auburn South primary school (1925) (643 pupils, 2014). The school, the Oxley Road church and the railway station (1916) are heritage-listed.

To the north of the railway line Auburn has an east-west watercourse which has been undergrounded and passes the Victoria Road Reserve and the Central Gardens, both former clay pits. 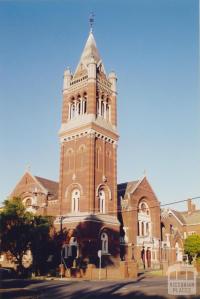 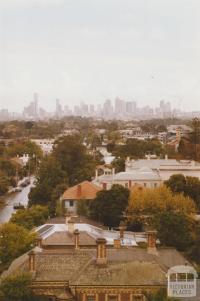