Ballarat East was a municipality which began as a borough on 1 May 1857. It included the eastern half of the urban area of Ballarat, and its area was about 17.5 sq km. Its boundary with Ballarat (west) was along Yarrowee River and Havelock Street. Its other boundaries were: from Havelock Street, east along Gregory Street and its prolongation to Boundary Road; south along Boundary Road; and west along a prolongation of Elsworth Street to Yarrowee River. The municipal town included today's suburbs of Black Hill, Ballarat North, Brown Hill (part), Ballarat East, Eureka, Golden Point, Canadian (part) and Mount Pleasant (part).

The borough was made a town on 23rd August 1872, and the town hall (now demolished) was in Barkly Street. The adjoining Ballarat East free library building is on the Victorian heritage register.

Ballarat East was the area where alluvial gold was first discovered. It had a reputation for roistering behaviour, and the streets and roads were irregularly laid out, in some cases following old tracks or skirting mine works. Today's suburb of Ballarat East is an irregularly shaped area that can be traced on modern directories. It includes Eastern oval (near the Ballarat railway station) and Barkly Street, the municipal town's civic centre with the town hall, free library, fire station with elaborate brick tower (1864), synagogue (1861) and Methodist church. Its most prominent boulevard is Victoria Street (the old Western Highway), the impressive entry to Ballarat from Melbourne. Its trees and garden reserves are set off by the St Alipius school (1889) and other Catholic buildings, Ballarat secondary college and Damascus college. The Mount Xavier golf course is at the eastern end. The local State primary school was in Eureka Street (1880-1993), and the Canadian Lead school has replaced it (147 pupils, 2014).

The small suburb of Eureka encloses the Eureka Stockade monument, and is itself enclosed by Ballarat East. Right at the western end of Ballarat East there is the Bakery Hill shopping centre.

Ballarat East town was united with Ballarat City on 25 May 1921. Its census populations were: 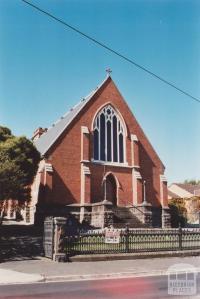 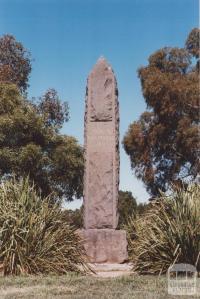 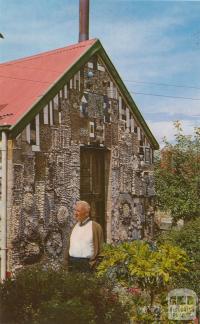 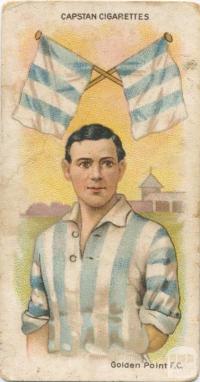