The Basin is a rural and residential suburb 31 km east of Melbourne in the western foothills of the Dandenong Ranges National Park.

Several tributaries of the Dandenong Creek pass through The Basin, providing verdant water-course flats surrounded by rising land. The government botanist Ferdinand von Mueller explored the area in 1853, and possibly gave it the name. ‘The Basin’ is shown on a survey plan of 1868, by when settlers had taken licences or made freehold purchases of the land. Notable settlers were J.J. Miller, book-maker and publisher of Miller's Racing Guide and William Chandler, nursery worker and forebear of two local parliamentarians.

A primary school was opened in 1879. Several land-boomers built spacious houses in the area. In 1897 the Salvation Army built its Bayswater Boys' Home at The Basin. It was later revealed as a site of extreme physical and sexual abuse of boys in the 1950s-70s, with one lawyer in 2012 describing it as a 'paedophiles' paradise'.

On the north-east side of The Basin is the Doongalla Forest Reserve, named after the ‘Doongalla’ mansion which was built by a land-boomer, Sir Matthew Davies.

In the 1930s the Presbyterian and Anglican churches and the Progress Association's hall were built and the Fire Brigade formed. The Basin's topography causes strong wind which can fan severe fires. Much of the area is also flood prone because of the several tributaries of the Dandenong Creek.

The Basin has a shopping centre, a State (361 pupils, 2014) and Catholic primary school, the Christadelphian Heritage College, a Hindu temple and several public reserves. The residential areas are on the elevated south-western slopes.

The census populations of The Basin have been: 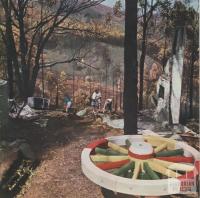