Avonsleigh, first known as East Emerald, is 46 km south-east of Melbourne. Its name arose from Avonsleigh guest house, close to the Wright stopping place on the Belgrave to Gembrook railway line (now the ‘Puffing Billy’ scenic railway). J.W. Wright was the owner of the guest house.

A school and a Church of Christ were erected at East Emerald in 1878 and 1879 where farms were taken up after gold mining at Emerald had petered out. By the early 1900s there was a population shift to Emerald, and the East Emerald (Avonsleigh) school closed in 1909. 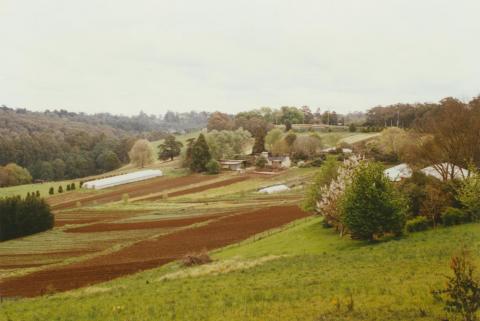