Ballendella is a rural locality in the Rochester Irrigation District, 7 km north of Rochester and 20 km south of Echuca. It is situated on the Northern Highway, a few kilometres west of the Campaspe River.

Ballendella is situated on part of the former Restdown Plains pastoral run (1840). It is thought that the name was that of an Aboriginal whose father acted as a guide for the New South Wales Surveyor General, Major Thomas Mitchell, on his expedition to western Victoria in 1836. (Another authority suggests the name is derived from an Aboriginal word meaning resting place). 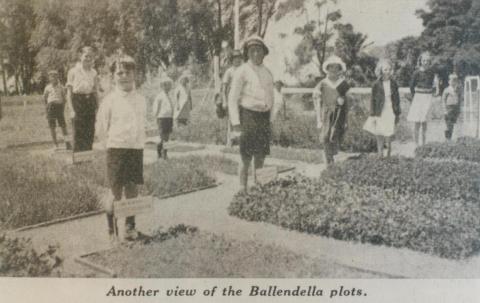