Beaconsfield, 46 km east of central Melbourne on Cardinia Creek and the old Princes Highway, was originally known as Little Berwick. It is immediately to the east of Berwick. A small settlement grew up in the vicinity of Bowman's Inn, a coaching stop on the road to Gippsland. When gold was discovered at Wood's Point in the 1860s Mrs Bowman employed workers to cut a track from Beaconsfield north to the Yarra Track leading to Wood's Point. Miners using Bowman's Track increased her custom considerably. 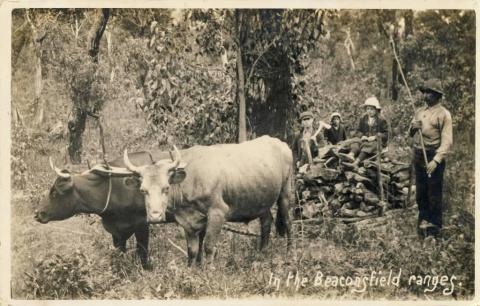