Mount Franklin is a rural locality 15 km north of Daylesford and 100 km north-west of Melbourne. The mount is a volcanic cone breached on the south-east side, and has substantial scoria deposits. It commands a broad view of the countryside and was climbed by Sir John Franklin, at the end of his term of office as Lieutenant-Governor of Van Dieman's Land, in 1843, after whom it was named. The mount is a State reserve with plantings of exotic trees, through which a road passes to the summit's lookout. 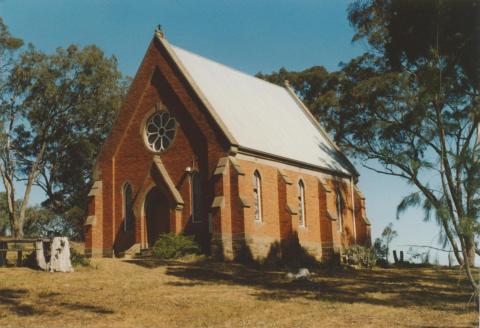