In 1892 North Shore area was subdivided as a residential locality and bayside retreat. An esplanade and linear park were laid out and planted with trees, the remaining fragment now being Moorpanyal Park. A small jetty was constructed. Ten years later North Shore was a small holiday resort, but with a meat freezing works, a portent of future industrialisation. 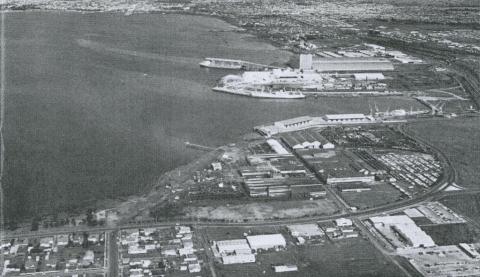