Ravenswood is a rural locality on the Calder Highway and main railway line to Bendigo. It is 17 km south of Bendigo’s city centre.

Ravenswood was the name of a pastoral run, also known as Mount Alexander North, taken up in 1840. The name ‘Ravenswood’ dates from 1857 and the inspiration for the name was probably the House of Ravenswood in Sir Walter Scott’s novel The Bride of Lammermoor, first published in 1819. Scott’s novels were republished and remained popular for several decades. The pastoral run occupied 482 sq km. 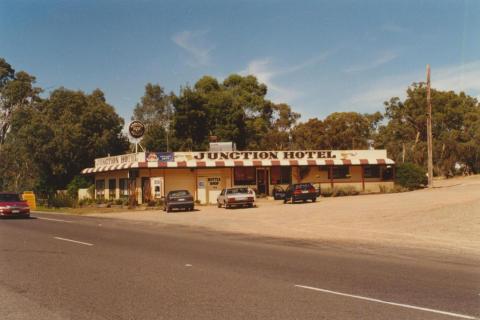