Tandarra is a rural locality in northern-central Victoria, 40 km north of Bendigo. It was named after the Tandarra pastoral run, taken up by John Aitken in 1846. (Aitken came from Tasmania to Port Phillip in 1836, five months after the Batman and Fawkner parties. Settling first at Sunbury, he was a purchaser of several pastoral licences over the next seventeen years.) The name Tandarra is thought to be derived from an Aboriginal word relating to a camping place. 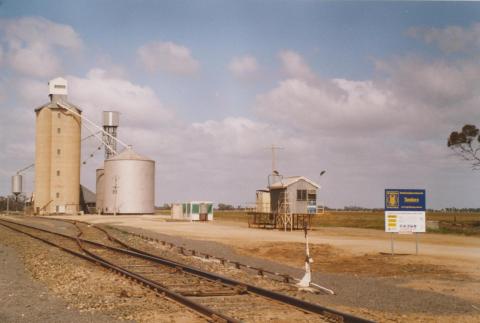