It is one of several places along the Bunyip River drain which was constructed for draining the Koo Wee Rup Swamp.

Cora Lynn State School originally appeared as Koo Wee Rup Central in 1907 and became Cora Lynn in September of that year. A Catholic school was built at Cora Lynn in 1918. The state school closed in 1951 when it was incorporated into Pakenham Consolidated School. The old school site became the Pakenham endowment plantation where potato growing experiments were conducted.

A dairy factory was opened at Cora Lynn around 1910, originally as a receiving depot for milk and cream and later producing cheese. The cheese factory was in operation until Bayles Dairy Company was taken over by Drouin Cooperative.

The area is a fertile agricultural district with recreation reserve (considered by some to be the best football ground in West Gippsland) and the historic cheese factory building.

At the 2011 census vegetable growing accounted for 14% of employment. 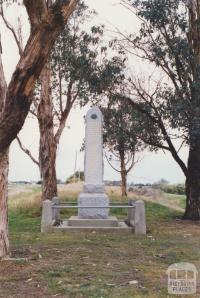 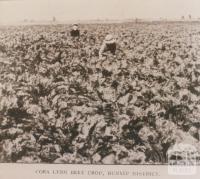