Heatherdale is a small residential locality, 22 km east of central Melbourne, between Mitcham and Ringwood. It is situated on a municipal boundary between Whitehorse and Maroondah cities (formerly the Nunawading/Ringwood municipal boundary).

The name comes from Heatherdale Road which was named after William Witt's Heatherdale farm. The road had staffed railway crossing gates in the 1920s. During that period there was increasing subdivision of land, and agitation began for a railway station near Heatherdale Road. Over 20 years passed until postwar factories and additional building allotments stimulated the building of a station, which took the name of the road. A progress association was formed in 1946 and in 1953 a kindergarten was opened.

Just east of Heatherdale Road high-voltage power lines crossed the rural landscape, intercepted by the Ringwood terminal station. Another arterial service was added in 2008 with the parallel Eastlink tollway.

Heatherdale has a small neighbourhood shopping centre in Maroondah Highway immediately west of Heatherdale Road, and the Heatherdale reserve and bowling club with adjoining tennis courts. The Heatherdale State primary school in Purches Road operated from 1963 to 1993. 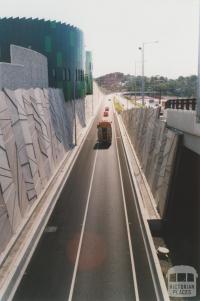 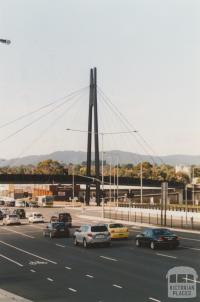