The Maddingley school was opened in 1855, but lasted only until 1863. When a railway line was built from Melbourne to Bacchus Marsh in 1887 the station was built in Maddingley. An adjacent reserve, later known as Maddingley Park, was improved and landscaped. With an area of about 9 hectares it was a popular destination for excursionists and train travellers. It is the best appointed park in Bacchus Marsh. The tennis clubhouse was originally a courthouse (1850). In 1903 Maddingley was described in the Australian handbook:

South of the railway line a brown coalmine was opened. The open-cut Maddingley mine is the third largest in Victoria after Latrobe Valley and Anglesea. Much of the coal supplies a hardboard mill, 2 km west.

Maddingley also has a cemetery, a heritage chicory kiln (1885) in Taverner Street and the Bacchus Marsh grammar school (1988). Its census populations have been: 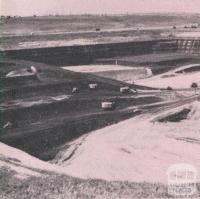 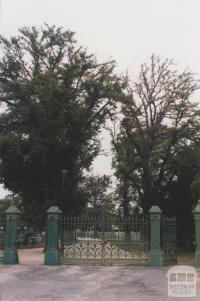