Mooroolbark is a suburb 35 km east of Melbourne, and immediately to the west of Lilydale.

In 1837 the cattle overlander, John Gardiner, took a lease over land between Brushy Creek and Olinda, calling his run Mooroolbark, thought to be an Aboriginal word for red earth. In 1845 a cousin of Gardiner’s, William Fletcher, purchased part of the run and called it Mooroolbark Park. The resulting homestead is now incorporated in Chirnside Park, an area severed from Mooroolbark. In 1855 the area was surveyed as the Parish of Mooroolbark.

The parish was larger than today’s suburb. Its western boundary was Dorset Road from Dandenong Creek (the southern boundary) extending north by the road’s prolongation to a track from Brushy Creek to Lilydale. That track was the northern boundary. The eastern boundary was Olinda Creek which passes through Lilydale township. Included in the parish were todays Chirnside Park (in the north) and Kilsyth and Montrose (in the south). Even allowing for all these suburbs being deducted from Mooroolbark parish, today’s Mooroolbark suburb is relatively large.

Farming included wheat growing on the relatively open land, dairying and pasture production. Fairly soon dairying became dominant. The track to the Woods Point and Upper Goulburn goldfields passed near Mooroolbark, bringing more settlers to the district in the 1860s. A school was built in 1868. The Lilydale railway was built in 1882, and the Mooroolbark station was opened in 1887. Land subdivisions followed, offering views of the Dandenong Ranges, but about half the owners were absentee. Most residents were small farmers, mainly dairying.

Despite having a railway station, Mooroolbark village stayed small, and the district rural. The first school (1868) was on Maroondah Highway near Manchester Road, the second (Brushy Creek) was also on the highway, near Hughes Park and the third (1928) was in the Mooroolbark hall near the railway station, somewhat closer to the suburb’s population centre. Primary education finally came to rest at the five-ways intersection where the parish’s early major tracks met each other. Farmers and residents shopped at Ringwood and Lilydale.

In the early 1920s Edna Walling bought a subdivision of a few acres, later adding about 20 acres to it on which she planned her Bickleigh Vale village, off Pembroke Road, Mooroolbark East. Her unique landscape design has led to the subdivision of 15 houses being heritage-listed.

There were pre-war land subdivisions near the railway station, but the tempo of settlement did not quicken until the postwar years. Ringwood and Croydon were drawing most housing development. An Anglican church was built in 1954. In the 1960s the small dairy farmers sold their land for housing subdivision, Edna Walling left in 1967 and in 1971 a modest new shopping centre was built near the station.

By 1970 Mooroolbark’s estimated population was about 9000, with a high proportion of school-age residents. The five-ways school filled up and new State primary schools opened:

By the later part of the 2000-10 decade there were undeveloped areas left in Mooroolbark East and the south-east. The former was completed with Rolling Hillls primary school (2011) and the latter filled up around Bickleigh Vale. Shopping remains confined to the railway station precinct. Parks are more generously distributed, and the Anglican, Baptist, Catholic and Uniting churches all face Hull Road.

Mooroolbark’s census populations have been: 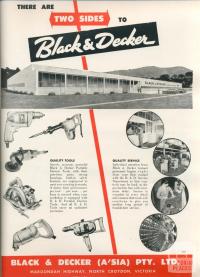 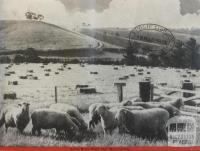