Croajingolong Shire was severed from Tambo Shire in 1892 and the next year was renamed Orbost Shire. Its area was about 10,400 sq km, and included Lakes Entrance, then known as Cunninghame. The change was briefly noted in the Australian handbook of 1903:

The Lakes Entrance part of the shire was reclaimed by Tambo Shire in 1913, leaving Orbost Shire with 9350 sq km. The New South Wales border formed the shire boundary on the east and north, while the western boundary roughly followed the course of the Snowy River. The Princes Highway traversed the former shire from west to east and there was a railway (1916-87). Orbost, 380 km east of Melbourne, was the seat of local government. 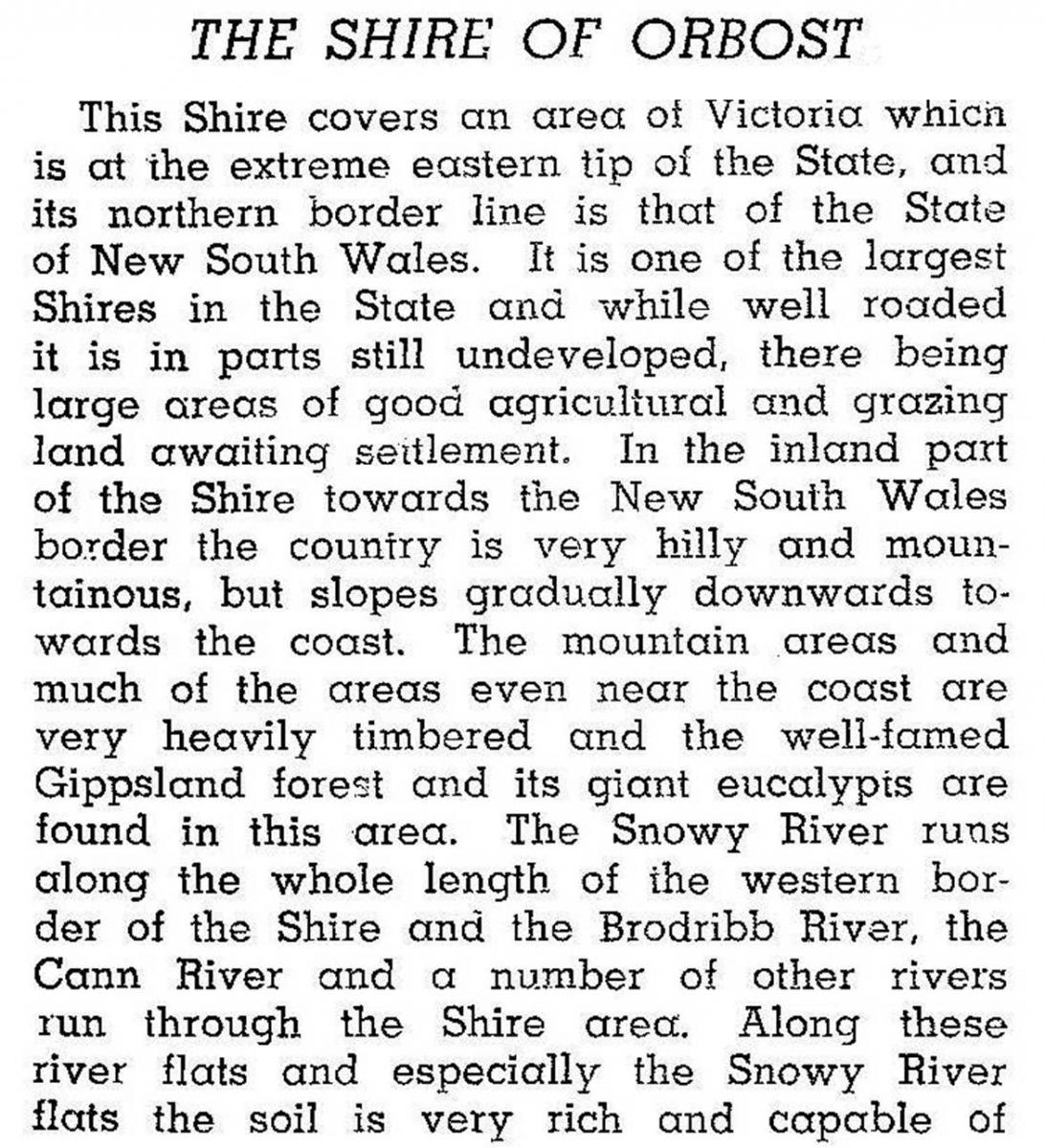 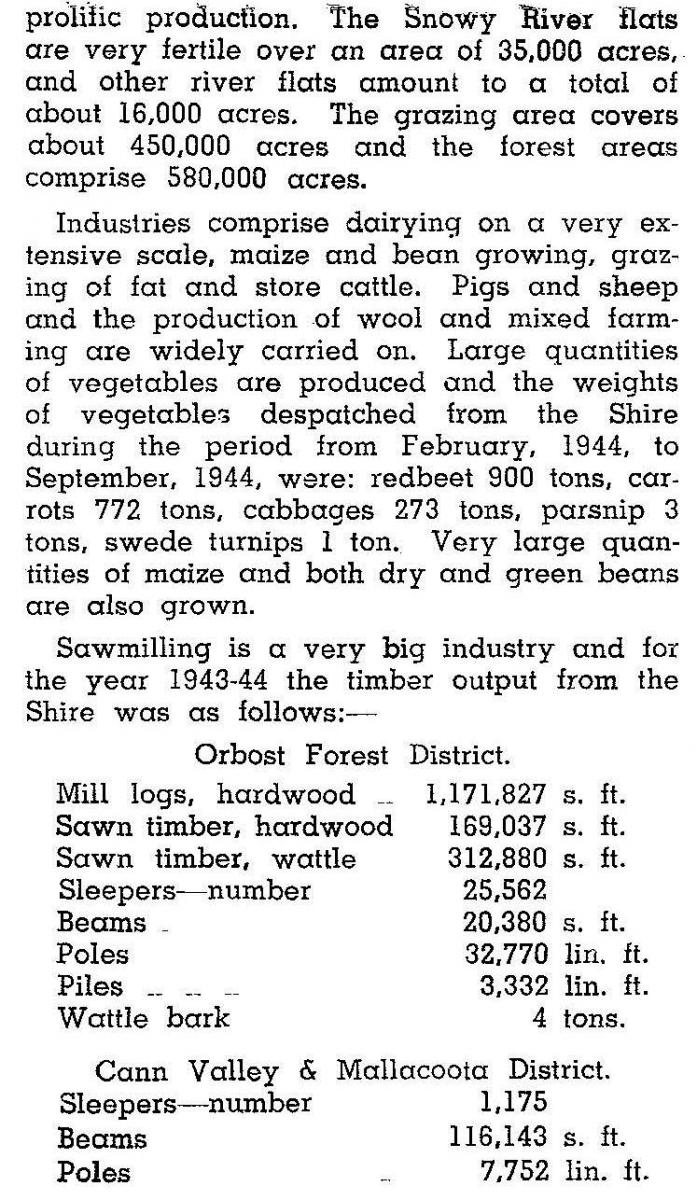 The shire was large, covering 9347 sq km and much of it mountainous and forested, hence timber getting was a major activity. Settlement was mainly along the lower reaches of the Snowy and Cann Rivers, where dairying, maize and vegetable growing were widespread. Tourism also brought many visitors to the shire. Along the coast, Marlo, Mallacoota and Croajingolong National Park were popular with fishing and boating enthusiasts. Several national parks attracted bushwalkers to the northern part of the shire.

In 1983 the Orbost Chamber of Commerce estimated that 88% of the shire was crown land, most of it forested. It considered that the most viable future industry was timber harvesting and milling. There were 19 sawmills in the shire. The chamber’s vision has been ruled out by controls over logging, and the number of mills declined rapidly. In any event, much of the timber was chipped and exported.

A Sawmill in the Orbost District, 1948

Wombat Creek on the Highway near Orbost, 1948

The Highway and Railway Bridge outside Orbost, 1948