Park Orchards began as a bushland subdivision during the 1920s and has retained that quality until the present day. It is 23 km north-east of Melbourne, situated between Ringwood (to its south) and Warrandyte.

Before its 1920s subdivision Park Orchards was part of the orchard country covering Doncaster and Warrandyte. In 1902 the prominent orchardist, Tom Petty, purchased nearly one square mile of the Park Orchards district, converting it to 80 orchard blocks with wind breaks of pine trees and natural bush. Another orchardist, a nephew of Petty's, bought 100 acres north of Petty's holding.

In 1925 Australis Sharp and John Taylor, South Melbourne timber merchants, bought 600 acres (including Petty's land), and had it subdivided by Saxil Tuxen and Miller. (Tuxen had worked with Marion Mahony and Walter Burley Griffin on the Ranelagh estate, Mt Eliza and the Glenard estate, Heidelberg. Sharp and Taylor had owned the Ranelagh estate, and Park Orchards was designed on the same ‘country club’ principles.) The circular street pattern is distinctively Mahony-Griffin-inspired.

The subdivision was unsuccessful. About 30 lots sold, although a golf course lasted into the 1930s and a chalet was built in about 1928 in Park Road. It later became a functions venue. During the war several acres near the chalet were used by the Army for a secure radio interception area, and about 400 personnel were housed there. Apart from that, a few houses, orchards and pine trees covered the subdivision.

By the late 1950s more residential blocks were occupied and a post office and store were opened. A primary school was opened in 1961. In 1970 a Catholic church building (ex-Camp Pell chapel, Parkville), was re-constructed at Park Orchards, and a school added to it in 1980.

The house lots are large, the smallest being more than 35 metres by 60 metres. Some are 100 metres deep. The roads mostly are without footpaths, and are tree-lined. The 100 acres north of Petty's orchards was kept as natural bushland and named The 100 Acres. It has walking tracks and four dams.

The absence of footpaths is partly accounted for by a preference for bushland and by the distances created by large allotments. Cars are accommodated on ample off-street parking space, and the area is served by solitary bus services to Box Hill and Ringwood.

Houses range from ordinary weatherboard to spacious split level. The local shopping area is functional and unadorned. Nearby is a reserve, the former chalet, a community house, an Anglican church and the school (336 pupils, 2014). The Catholic church is to the north near The 100 Acres.

Park Orchard's census populations have been: 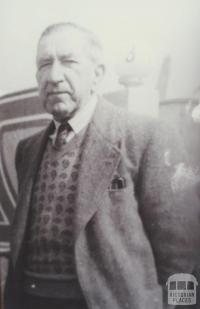