Scoresby is a suburb 25 km south-east of Melbourne, urbanised on its eastern half and open country on its western half, adjoining the Dandenong Creek.

When allotments in the surveyed area were sold in 1857 Scoresby became known as a place as well as being a Parish. A Scoresby village emerged in the 1870s around the intersection of Ferntree Gully and Stud Roads. A school was built in 1872, followed by a Methodist church (1874). Scoresby's commercial links were through Oakleigh and Ferntree Gully, which delayed the opening of shops in its district. Much further afield, in Ferny Creek, there was a ‘Scoresby’ village settlement, unconnected with the present Scoresby locality.

Much of Scoresby was swampy because the creeks running down to it from the Dandenong Ranges did not have unimpeded outfalls – the Dandenong Creek ended at the Carrum Swamp. The land, however, produced useful pasture and later drainage works made the alluvium available for market gardens.

After World War I George Knox settled in Scoresby as an orchardist. He became the local member of Parliament, was knighted and the City of Knox (in which Scoresby is situated), was named after him. By the 1930s the township had a hall, store and a motor garage. In the postwar years Scoresby concentrated on market gardening – the (Brussel) Sprout Growers Association was prominent. In 1959 the first subdivision of a market garden for residential blocks occurred. The original school became overcrowded and moved to its present site in 1976. Few market gardens remained by the 1990s.

A local firm, Carribean Boats, developed a lake for testing its boats. It became Carribean Gardens, the site of several recreational facilities and an active weekend market. Land nearby has been used for industrial buildings which adjoin the Eastlink Tollway (2008). West of the tollway there are wetlands and Scoresby’s western boundary, Dandenong Creek.

Urban Scoresby has its shopping centre at the intersection where it began. The shops adjoin the original school and church. There are several neighbourhood reserves, a State primary school, a State secondary college (1974) and a Catholic primary school (1972). Public transport is limited to buses: neither a proposed Oakleigh to Ferntree Gully tram of the 1880s nor a Huntingdale to Ferntree Gully train of the 1980s has eventuated.

Scoresby primary school had 242 pupils and Scoresby secondary college had 409 pupils in 2014.

Scoresby's census populations have been: 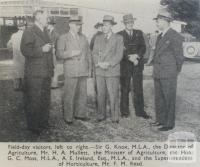 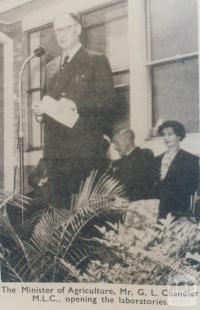