Seaford is a suburb on the eastern side of Port Phillip Bay, 34 km north of Frankston and 37 km south-east of Melbourne.

Seaford came about from a scatter of houses beyond the outskirts of Frankston in the 1910s. When a new railway station was to be opened in 1913 the name chosen for it was Seaford. The source of the name may have been Seaford in Sussex, England, or a contraction of Sleaford, England, where a local councillor came from. Seaford's beaches were much less developed than Frankston's, and electric train journeys (1922) made it accessible for day trips. A primary school was opened in 1914 and a hotel in the early 1920s. There was a steady increase in population and immediately after World War II there were about 1500 people.

Seaford's coastline comprises a beach, a foreshore reserve, the Nepean Highway and, about 200 metres from the water's edge, the Kananook Creek running parallel. The creek enters the bay at Frankston and has its headwaters in the remnant Carrum Swamp north of Seaford. A smaller swamp exists east of the railway station, and in 1985 a report by Monash University stated that it was a remnant of the Carrum Swamp containing areas of high conservation value. It is now part of the Edithvale-Seaford Wetland with a walking trail and viewing platform.

Seaford also has a linear reserve along Kananook Creek, public reserves near the railway station, a small shopping centre and a pier (also near the station), a supermarket, four State primary schools, a Catholic primary school and the Patterson River secondary college (former Seaford-Carrum high school).

Until 1977 motor vehicle access to Seaford was by the Nepean Highway and Wells Road (a continuation of Springvale Road). Wells Road was duplicated by the Mornington Peninsula Freeway (named Frankston Freeway for most of its passage through Seaford), effectively creating Seaford's eastern boundary. In 2008 the freeway was joined by the Eastlink tollway on the east of the wetland reserve. At this point Seaford extends east of the freeway, through to another freeway reservation destined to bypass Seaford, Frankston, Mount Eliza and Mornington. The reservation begins at the junction of the Frankston Freeway and Eastlink.

The St Kilda Football Club moved its training facilities from Moorabbin to Belvedere Park in Seaford in 2010. The Seaford community developed their Seaford Local Area Plan in 2012, highlighting projects such as the beautification of the foreshore and Kananook Creek and historic walkway.

Seaford's census populations have been:

Sybil Bond and others, The oasis next door, Friends of Edithvale-Seaford Wetlands Inc., 1998

A. Donnelly and others, Ecology and management of Seaford Swamp, Graduate School of Environmental Science, Monash University, 1985 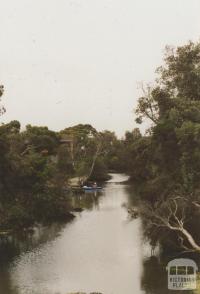 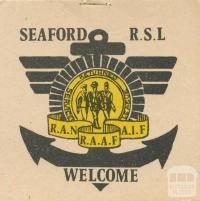