Sunnycliffs (sometimes Sunny Cliffs) is a rural locality south of Mildura in north-west Victoria. It was originally part of the Red Cliffs soldier-settlement farm blocks area, and is 4 km north of Red Cliffs.

The settlement and clearing of the area for farm blocks – mainly vines for dried fruit – occurred during the early 1920s. In 1929 a school was opened for local children, after the loss of a child’s life in a school bus mishap. A local competition resulted in the choice of the place name, suggested by a combination of climate and the adjoining town of Red Cliffs. Tennis courts and a local store were established.

Sunnycliffs has a store and the Sunnycliffs school which had 65 pupils in 2010 and 28 in 2014. Sunnycliff’s census populations have been:

Later figures were incorporated with those for Red Cliffs. 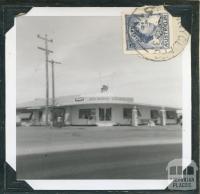