Surrey Hills is a residential suburb 12 km east of central Melbourne, between Camberwell and Box Hill. Surrey Hills was in each of those former municipalities and remains divided between the amalgamated municipalities of Boroondara and Whitehorse. It was named after Surrey County, England, by an estate agent and councillor, J.H. Knipe (1828-95).

The part of Surrey Hills north of Canterbury Road was in Henry Elgar's Special Survey (1841), an area of eight square miles, which was subdivided into small farms and grazing runs. The remainder of Surrey Hills was also rural when the railway was extended from Camberwell to Lilydale in 1883. By 1892 most of the land in Surrey Hills was subdivided for housing. A primary school had been opened in 1886, and the township had a post office and two churches. The land was described as ‘very suitable for suburban villa residences’, and Surrey Hills was recorded as having a population of 352. Within the next ten years the population had nearly tripled and the Australian handbook 1903, described Surrey Hills:

Within eight years the population had tripled again, the 1911 census recording 2703.

Surrey Hills' housing stock was slightly less opulent than neighbouring Canterbury. The northern border of Surrey Hills has the Whitehorse Road tram and the southern border the Riversdale Road tram (1916). Thus Surrey Hills had three east-west public transport services, each about 1 km apart, all providing an easy commuting distance to Melbourne. There are not many parks in Surrey Hills, but the tree-lined streets and relatively generous housing allotments provide a sense of open space. (Surrey Park with the Surrey Dive and swimming pool is on the border in Box Hill). Community shopping centres along Whitehorse Road and Union Road are at a tram terminus and railway station respectively.

There are two State and one Catholic (1904) primary schools. Churches are numerous and the larger ones include Anglican, two Catholic, Presbyterian, Salvation Army and two Uniting. The Armenian Apostolic faith has a former Congregational church near Surrey Gardens.

Chatham is the name of a railway station and school (1927) in Surrey Hills, but scarcely exists as a locality. A former military drill hall (1914) is near the station.

Surrey Hills' census populations have been: 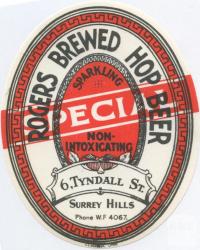 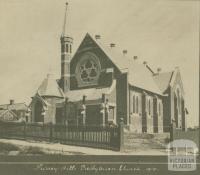