Millgrove, a rural township immediately west of Warburton, is 63 km east of Melbourne. Although the township has had several long standing timber mills, which could have inspired its name, it is more likely to have come from an early selector, John Kennedy, who named his property Millgrove after his home town in Tipperary, Ireland. Kennedy’s property, north of the Yarra River which flows through Millgrove, was on undulating river land, in contrast to the hilly forest south of the town. 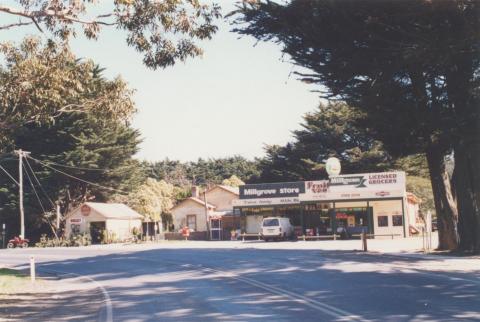 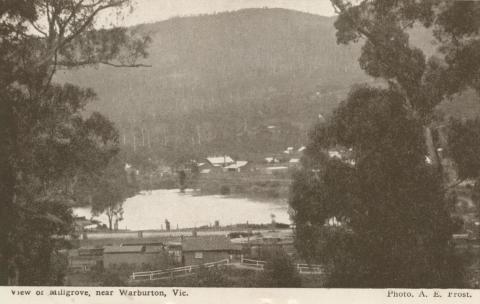 View of Millgrove, near Warburton