Narrawong is a small rural/residential township on the coast of western Victoria, 15 km north-east of Portland. It is situated on the Princes Highway, at the mouth of the Surrey River.

A local landmark, about 4 km northwards, is Mount Clay (189 m), named by the New South Wales Surveyor-General Thomas Mitchell during his Australia Felix expedition in 1836. The locality was known as Mount Clay until renamed Narrawong, which is thought to have been derived from an Aboriginal word describing the Surrey River. 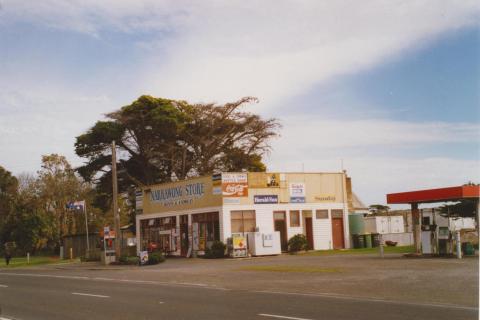