Ocean Grove and the immediately abutting settlement of Barwon Heads are coastal resort towns, which since the 1960s have become outer suburbs of Geelong, just 19 km away. Because of their coastal topography and a bevy of late nineteenth century churches, both towns retain much of their original charm. The charms of Barwon Heads got national attention in the late 1990s with the Sea Change television series, starring Sigrid Thornton and David Wenham. For 39 episodes ABC viewers could admire the wooden road bridge, the estuary, the jetty and the ‘Beach House’, now a tourist mecca. 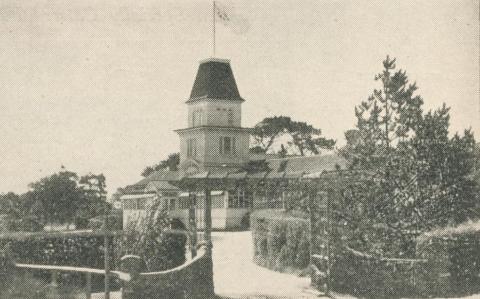 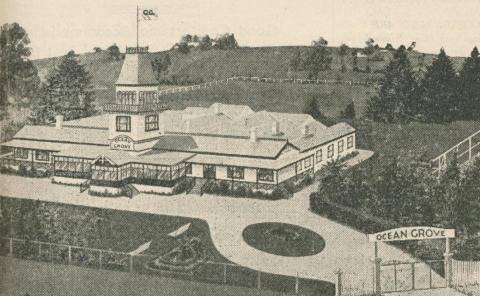 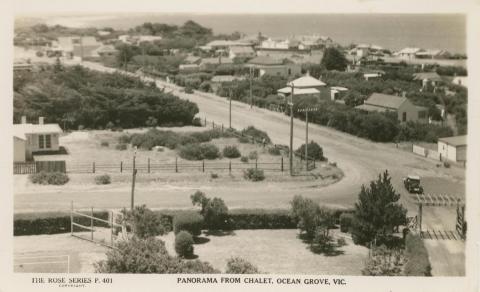 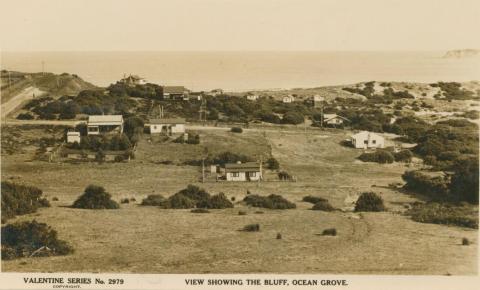 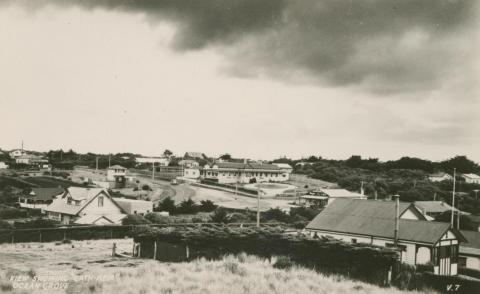 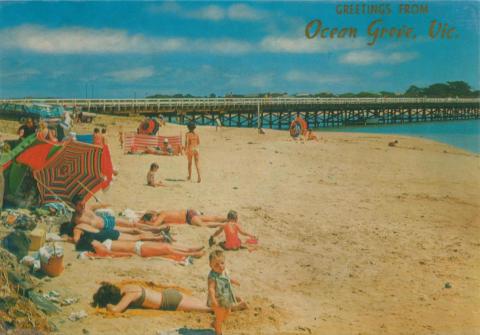 The Bridge to Barwon Heads, from Ocean Grove 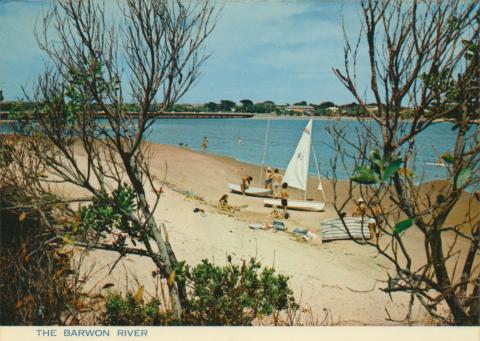 The Barwon River and Bridge in background, Ocean Grove 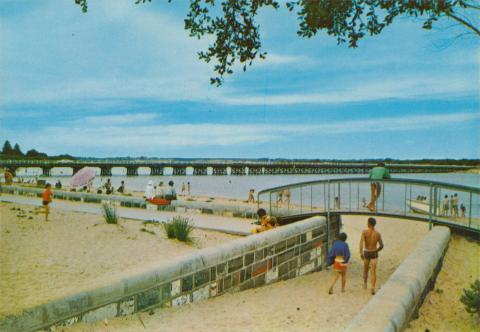 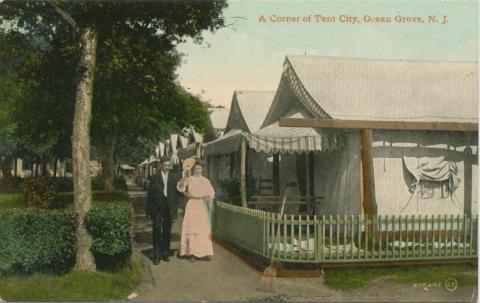