Panton Hill is a mainly rural locality 32 km north-east of central Melbourne. It was named after Joseph Anderson Panton, Commissioner for the Anderson's Creek and other goldfields and later magistrate at Heidelberg. During time off from his magisterial duties he mapped the Yarra Valley (approximately 1862). In so doing he named Panton Hill, which was known as Kingstown, a name shared with other places and a cause of some confusion. Formal renaming occurred in 1874. 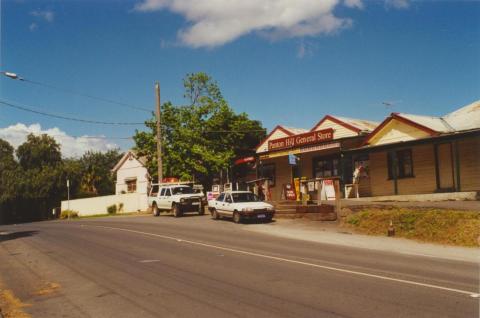