Plenty, a rural district north of Greensborough, is 20 km north-east of Melbourne. The name comes from the Plenty River, which was named by Joseph Tice Gellibrand, member of the Port Phillip Association, in 1835 because the surrounding country had such a promising aspect.

The Plenty district has been larger than its present boundaries. When a school was opened at the Presbyterian church in Janefield, Bundoora, in 1850, it was named Plenty until 1853. Another school, opened in Mernda in 1853, was also called Plenty until 1864. 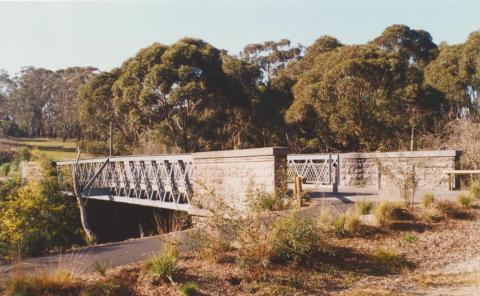