St James, a rural township in northern Victoria, is 12 km south of Tungamah and 190 km north-east of Melbourne. It is on the railway line between Benalla and Yarrawonga.

The name came from a pastoral station. In 1855 the holder of the Cobram station divided it into two, naming the new portion St James. Later St James was the name given to the local parish. In 1883 the railway line from Benalla, destined to terminate at Yarrawonga, was built as far as St James. It remained thus for three years before being completed. 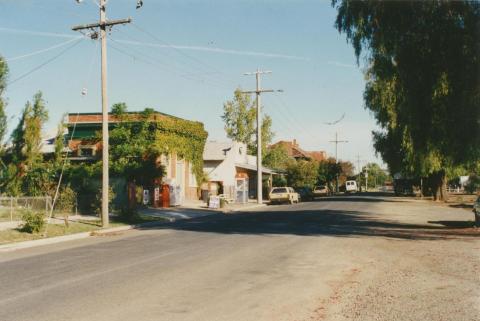 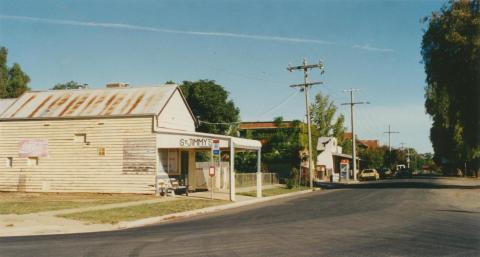 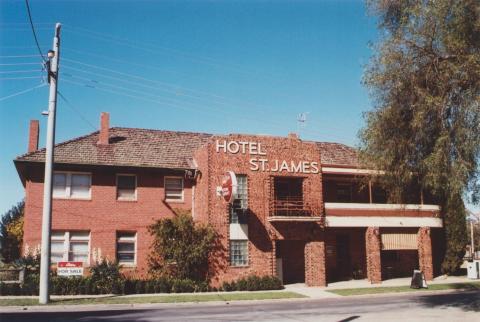 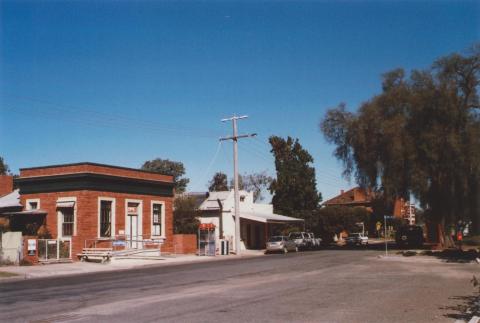 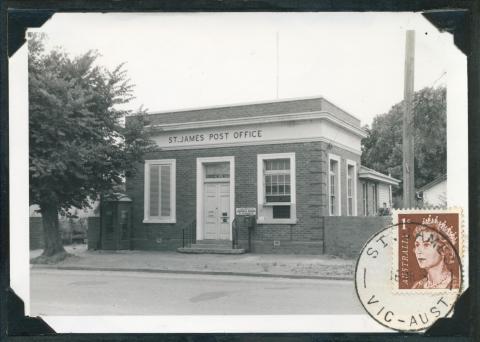 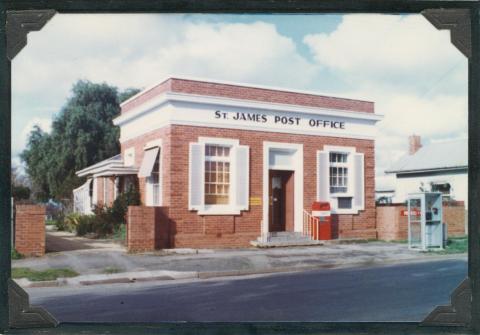