Silvan is a rural township 42 km east of Melbourne on the eastern side of the Dandenong Ranges. The area was originally South Wandin Yallock (which is briefly discussed under Wandin).

In 1876 a primary school was opened at South Wandin Yallock, which was part of an orcharding and berry-growing area. In 1913 the school's name was changed to Silvan. The name's origin would seem to derive from the surrounding tree-covered slopes. 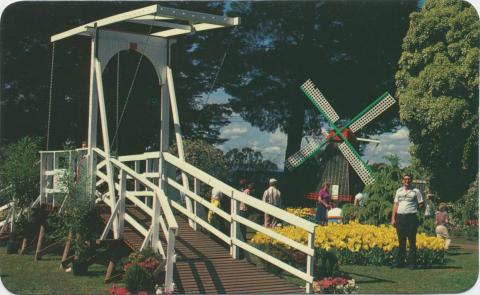 Tesselaar's Tulip Farm in the Dandenongs