Sunbury, on the Melbourne to Bendigo railway line, became a well-established regional centre in the 1860s, and because of the ease of getting to and from Melbourne, it seemed a sensible place to establish a mental hospital in 1879. Just over one hundred years later, the hospital became part of a campus of a university. Rapid suburban growth from the 1970s, spurred by blocks of land much cheaper than anything on offer in Melbourne’s middle ring suburbs, saw its population rise dramatically.

Sunbury from The Gap Road bridge over Calder Freeway, 2002 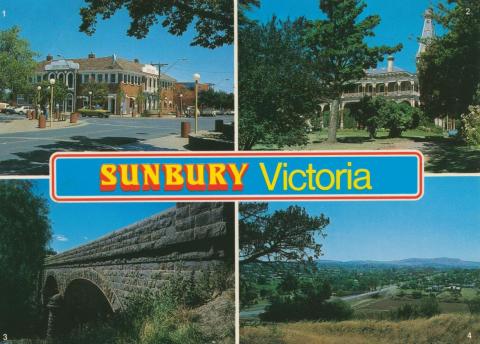 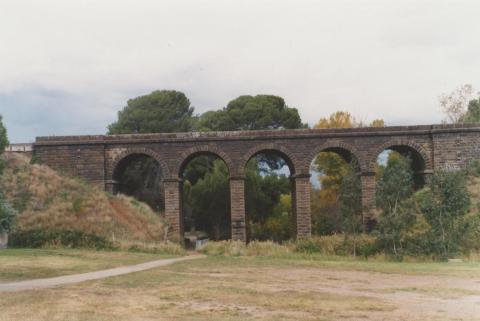 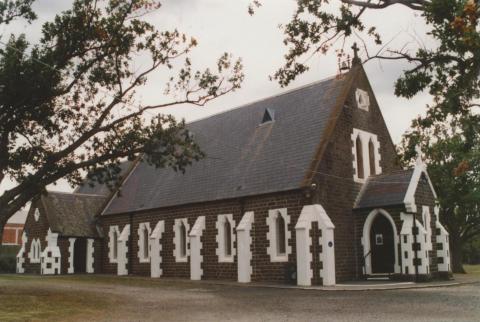 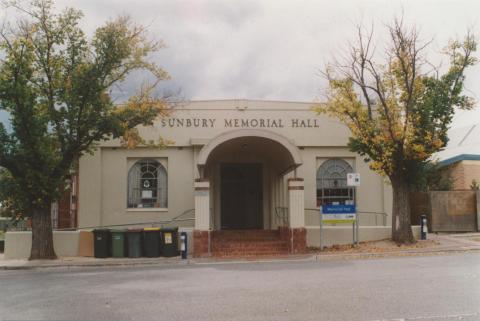 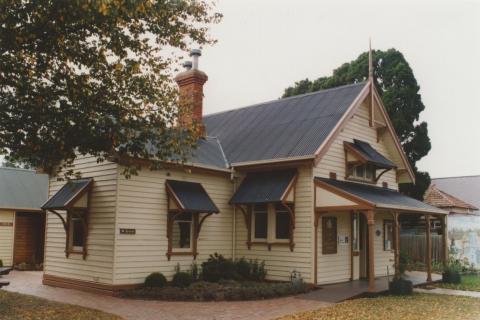 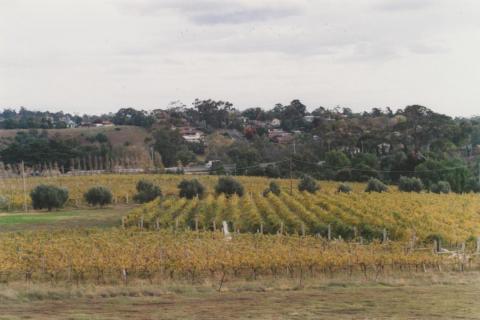 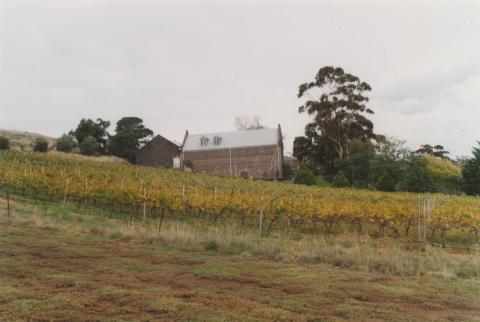 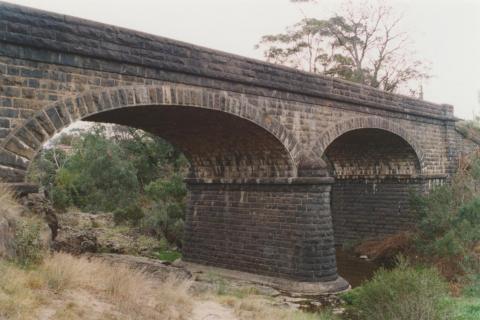