Undera is a rural village and locality in northern Victoria, in the Goulburn Valley irrigation area. It is 20 km north-west of Shepparton.

In 1874, when the area came under farm selection activity, a township was surveyed and named Undera. It is thought that the name is derived from an Aboriginal word, most likely meaning fat. Before being named Undera, the area was known as Mundoona. A school was opened in 1876, and Catholic and Presbyterian churches were opened the following year. 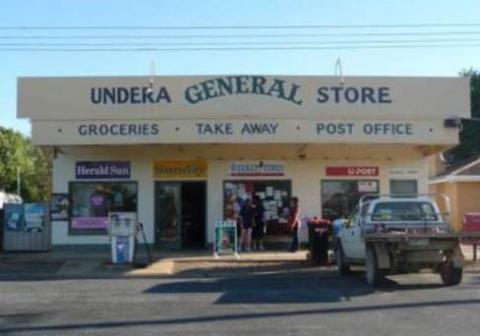