The Western District is generally defined as the area bounded on the west and south by the South Australian border and the Bass Strait coastline respectively. The northern boundary is an irregular line skirting the southern terrain of the Dividing Range. The line lies south of Ballarat, loops northwards to Beaufort and then southwards around the Grampians. Between there and the border the line extends to Harrow on the Glenelg River, but Edenhope (further north) is generally considered to be in the Wimmera region. 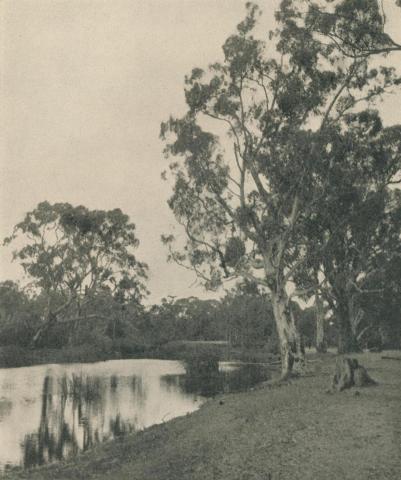