Dandenong Shire began as a road district in 1857 and became a shire in 1873. Its area of 156 sq km extended from the Dandenong Creek to Port Phillip Bay at Aspendale and Carrum. The shire thus followed the south-westerly flow of the creek as it emptied into the Carrum Swamp, a vast summer livestock grazing area and a morass in colder weather. The swamp underwent draining in the late 1870s, mainly by the Patterson Cut (Patterson River) which took the creek through to the bay. The shire also included Springvale, Keysborough and Noble Park. 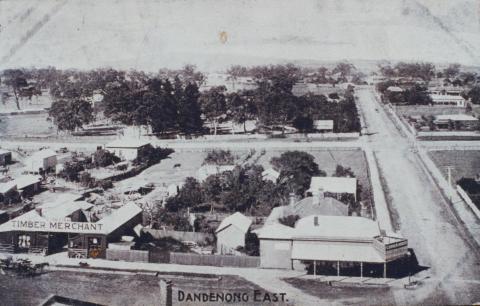