Navarre is a rural village about midway between Ararat and St Arnaud in central western Victoria. It was named after the Navarre pastoral run (1852), subdivided from a larger run taken up in 1841. The Navarre run was also known as Heifer Creek Station. The inspiration for the name was probably the ancient Spanish Navarre kingdom in the Pyrenees Mountain, which is reflected in Pyrenees Range east of Navarre and to the name of the present day shire of Pyrenees. 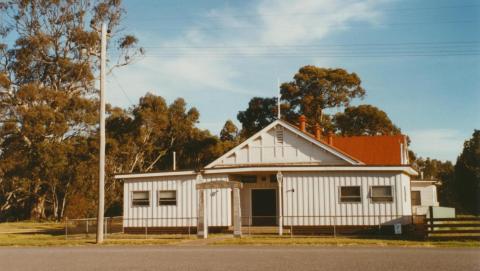