Broughton is a rural district in north-west Victoria, 33 km north-west of Nhill. It was named after the Broughton family, the holder or owner of several grazing properties, beginning with John Broughton’s ‘Ballarook’ (1870).

Within ten years several properties were sub-divided for farms, and settlers moved into the district. It was known as Shingle Hut Dam until 1888. A Presbyterian church was opened in 1887, a school in 1889 and a Methodist church in about 1891. 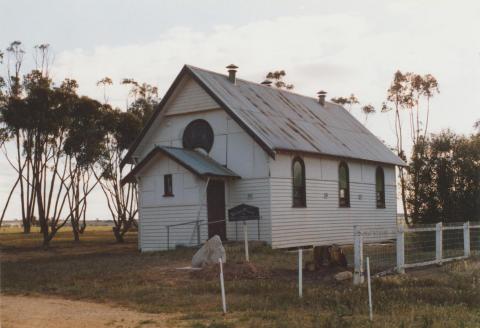