Hepburn shire (1995-) is situated at its centre about 130 km north-west of Melbourne. Much of the shire consists of hilly ranges with numerous former gold towns. The two main towns are Daylesford (the shire’s administrative centre) and Creswick. Smaller towns include Clunes and Trentham in the west and east of the shire respectively. 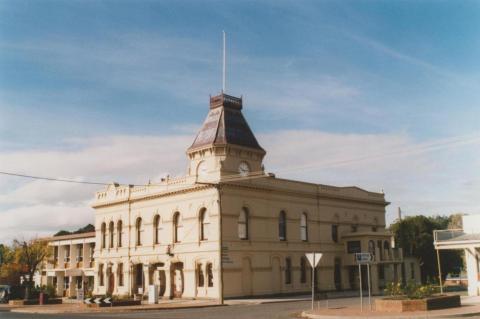