Teddywaddy is a rural district 8 km north of Charlton in north-west Victoria, mainly west of the Avoca River. It is thought that the name is derived from an Aboriginal expression meaning muddy water.

Teddywaddy is mainly good pastoral and cereal-growing land, and it was settled in the early 1870s at about the same time as Charlton. Its school, the first in the Charlton district, was opened in 1877. In 1883 the Charlton to Wycheproof railway line, via Teddywaddy, was opened, and the line and the Calder Highway intersect at Teddywaddy. 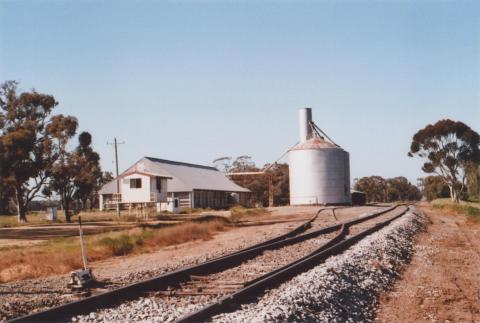