In 1858 a goldfield was established along Snowy Creek, from Mitta Mitta (where the creek enters the Mitta Mitta River) to Granite Flat, upstream. Upwards of 1000 people, including a substantial Chinese community, lived there in the late 1860s. Bailliere’s Victorian gazetteer (1865) recorded one hotel. A school was opened in 1873. 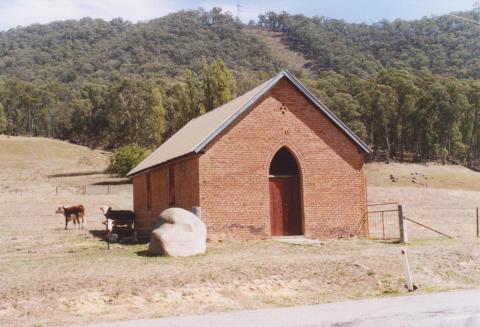 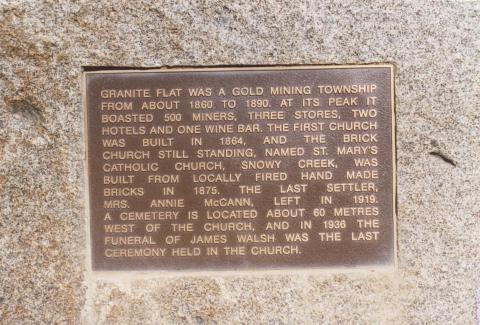