Arthurs Seat is a suburb on the Mornington Peninsula, overlooking Port Phillip Bay, 60 km south of central Melbourne. It was named by Lieut James Murray in 1802, owing to its resemblance to a hill of that name near Edinburgh. (The hill, altitude 251 metres, is said to resemble a resting lion and overlooks coastal Edinburgh from the south-east. Any connection with Arthurian legend is probably spurious; Gaelic legend is more likely.) 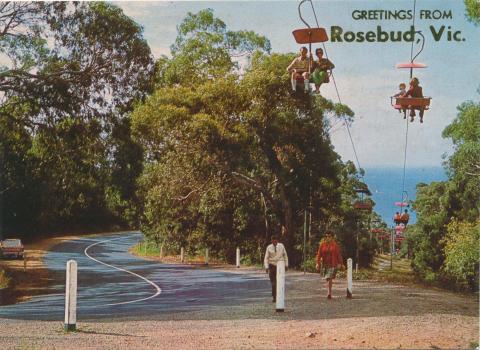 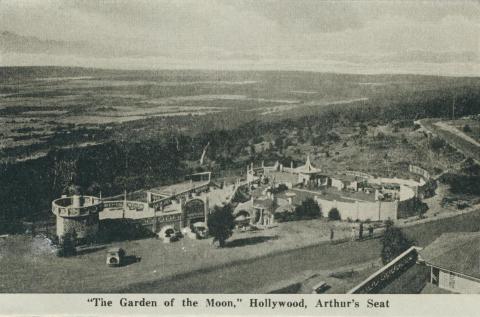 The Garden of the Moon, Hollywood, Arthur's Seat, 1942 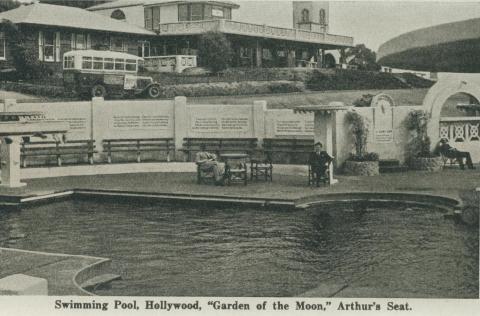 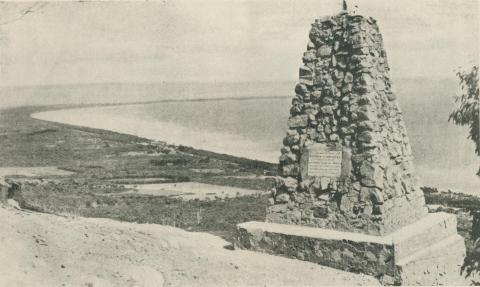 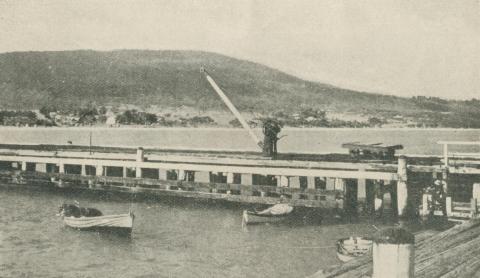 View from Arthurs Seat from the Pier 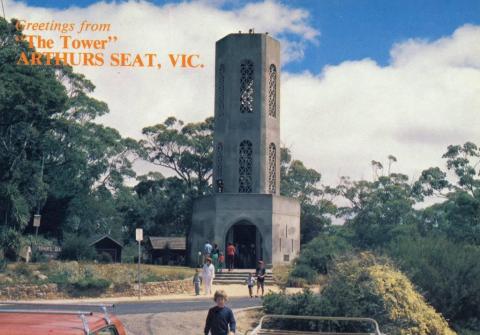 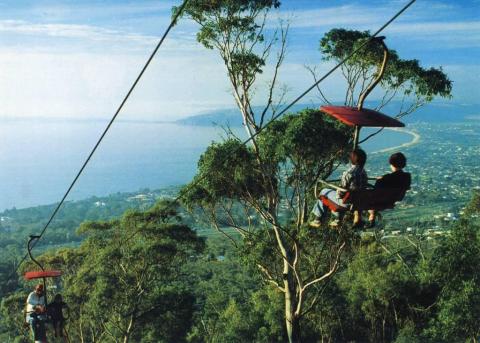 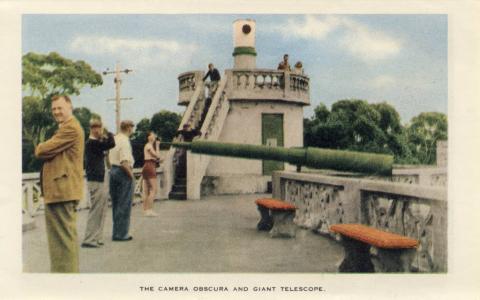 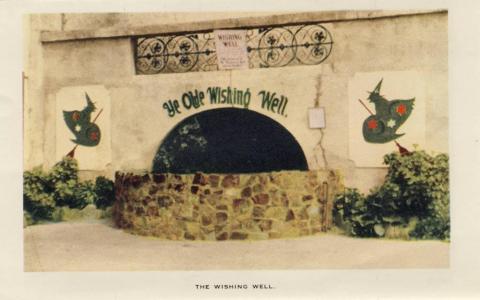 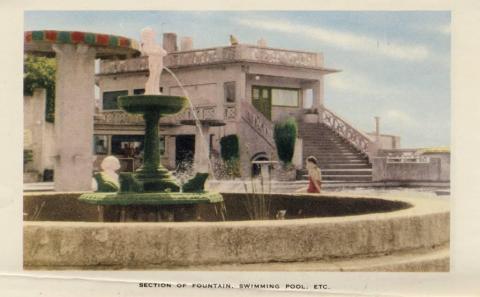