The village of Cavendish is located on the Henty Highway 27 km north of Hamilton in the shire of Southern Grampians. It originated in the 1840s at the site of a ford over the Wannon River, and owes much of its early importance to this factor. There are twentieth-century Anglican, Catholic and Lutheran churches built on the opposite – north – side of the river from the Presbyterian church (1858), hotel, stores and police station. The latter still hosts its traditional, nineteenth century bluestone lockup. 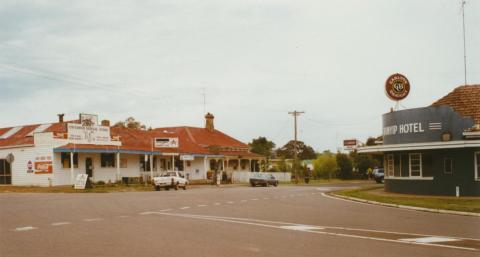 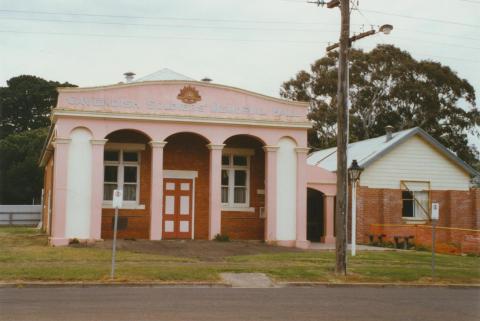 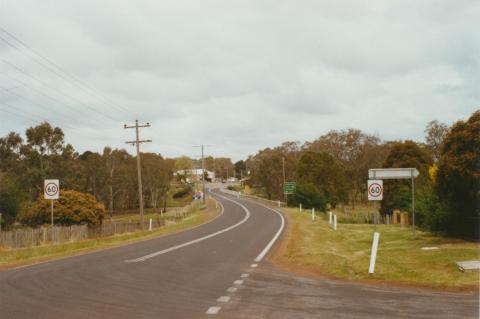 Cavendish from the north, 2002 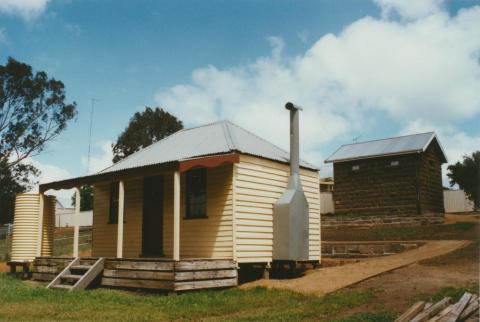 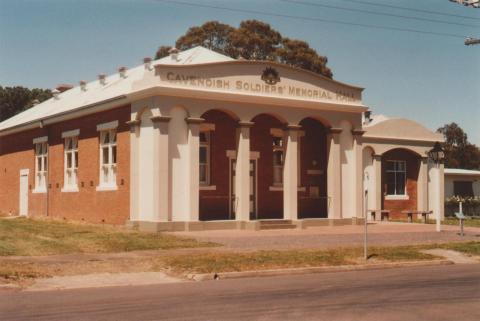