Tyabb is a rural/residential township on the Mornington Peninsula, 53 km south-east of Melbourne. The area was in the Bunguyan pastoral run which was taken up by Martha King in 1845. The Bunguyan Reserve, north of the town’s centre, commemorates the site of her homestead.

Further north there are the Tyabb waterholes, a natural feature carefully noted by pastoralists and farmers. It is thought that the name ‘Tyabb’ was derived from an Aboriginal word describing waterholes or a mudhole.

In 1861 a Tyabb township was proclaimed immediately north of present day Hastings, later known as Old Tyabb Township. Tyabb is situated on flat country, formerly prone to swampiness. About 2 km west the ground rises, where a considerable amount of settlement on farms and orchards occurred. A second Tyabb village was begun with the opening of a school at Jones Road in 1891. By then, however, a railway line had been opened to Crib Point, passing through the present township, the place where Tyabb ultimately developed.

A public hall was built in 1899 and a progress association was formed in 1902. It succeeded in laying out a recreation reserve in 1904, and a racecourse north of the old Bunguyan homestead was regularly used during the 1900s. In 1907 the Tyabb Railway Station school was opened, co-existing with the older school at Jones Road. The development of orcharding, aided by the transport provided by the railway, led to Tyabb having an annual show, first held in 1911. A large cool store was built next to the railway station in 1914. Orcharding continued strongly until the 1960s.

In common with other farm areas on the Mornington Peninsula many orchard holdings became uneconomically small, but the cost of land made enlargement difficult. Many orchardists sold up and moved east to Gippsland, particularly when land speculation around the industrial development on Western Port Bay (that is, Hastings) gave a further push to prices. Rural/residential land subdivisions absorbed some of the former farmland. During the 1960s and 1970s, in the face of much public dispute, an airfield was constructed south-west of Tyabb township.

Tyabb has added an unusual retailing function to its shopping area by converting the cool store to an antiques market and having several crafts persons set up workshops in the grounds. The former Anglican church and several main street shops also have antique businesses. Tyabb has three public reserves, two bushland reserves, a church, a public hall, a compact shopping centre, two State primary schools, the Flinders Christian Community College (1983) and the Peninsula Aero Club at the airfield. The railway line has regular passenger services to Frankston. In 2014 the two State schools, Tyabb primary school and Tyabb Railway Station primary school, had 392 and 124 pupils, respectively.

The Tyabb Township Plan was released in 2012 with priorities identifed as maintaining the rural village character while improving the connections between residential areas and local facilities.

In February 2014 11-year-old Luke Batty was brutally killed by his father at the Tyabb cricket ground in a case of domestic violence that rocked the community. The father later died in hospital after being shot by police at the scene. Luke's mother, domestic violence campaigner Rosie Batty, was named Victorian Australian of the Year in October 2014.

Tyabb’s census populations have been:

Douglas M. Thompson, Turbulence over Tyabb: a history of airports and aviation in the Shire of Hastings, Historical book committee, Tyabb, 1985 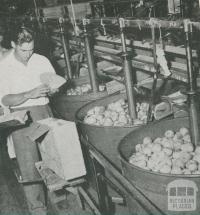 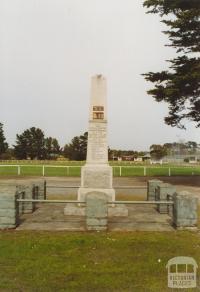