Williamstown North is a residential suburb 9 km south-west of central Melbourne. When it was an outlying farm area of Williamstown, a cemetery was laid out there in 1858 along Champion Road. Twenty years later a rifle range was laid out along Kororoit Creek Road, facing south toward the waters of Port Phillip Bay where misfired bullets might uselessly expire. Otherwise the area remained sparsely settled. In 1889 the Sands and Macdougall directory recorded the following in Kororoit Creek Road: Rifle Club hotel; gas works; abattoir; council pound and a refrigeration works.

In 1954 the directory recorded fairly intense settlement around the cemetery, including a Housing Commission estate along Champion Road. Beyond the cemetery area, Kororoit Creek Road was nearly empty, except for the Wiltona migrant hostel beyond the rifle range.

The rifle range land was acquired by the urban Land Authority in 1987 and soon the new housing estate’s address became Williamstown instead of Williamstown North.

At the 2011 census, about one third of occupied dwellings were separate houses and the rest were row houses, flats and units. 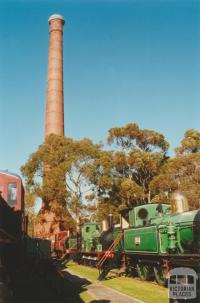 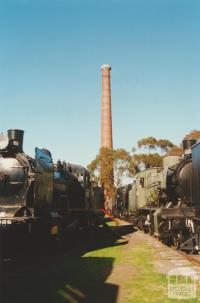