The township of Yinnar is in the valley of the Morwell River, about 11 km south of Morwell in the Latrobe Valley, Gippsland.

The district was part of the Scrubby Forest pastoral run, occupied from 1850. Land was taken up by selectors in the early 1870s. In 1885, a branch railway line was opened from Morwell south to Mirboo North. Yinnar township came into existence around the railway station at the seven mile peg. The name Yinnar was taken from the parish name and is an Aboriginal word thought to mean woman.

The township grew rapidly, with a hotel, stores, boarding house, churches and mechanics’ institute soon being constructed. A school had been operating since 1881, serving the children of the selectors. A football club was formed in 1884 and a racing club in 1886 whose meetings were held at Lavinia Park at Yinnar. Special passenger trains were run from Melbourne for some of the races. By 1903 the Australian handbook described the settled township:

In the early part of the century, a number of sawmills operated in the area. Sawn timber for buildings and bridges was transported by tramway to the station. One mill cut wood for fruit cases. Dairying became the main agricultural pursuit. A co-operative butter factory was formed in 1891, supplied by several other creameries in outlying districts. A new factory was built in 1929. In 1940, this was taken over by the Nestle company and whole milk was transported to the parent factory at Maffra. Dried powdered milk was produced at Yinnar. Dairy farmers in the Yinnar district were progressive, being leaders in the adoption of herd testing and artificial insemination. In 1974, the Yinnar factory was taken over by Murray Goulburn. After four years as a warehouse, it was closed.

Yinnar maintained steady growth. The mechanics’ institute burned down in 1963, but a new memorial hall had already been constructed in 1958. A unique community co-operative hotel was formed in the early 1960s and a preschool opened in 1968.

From the late 1970s there was an influx of population into the area. An alternative or country lifestyle attracted families to subdivided farms or bush blocks in the nearby hills. Many of these people were employed in the power generation industry in the Latrobe Valley or at the campus of Monash University at Churchill. The larger population led to improvement of public amenities in the town, but the range of businesses declined due to competition from the larger town of Morwell. The branch railway was closed in 1974. The butter factory now houses the Yinnar Art Resource Collective and the building is classified by the National Trust. Yinnar has a general store, a hotel, a bowls club, Anglican and Catholic churches and a school (152 pupils, 2014). Yinnar South’s school had 17 pupils in 2014.

Census populations for the Yinnar district have been:

Stephen M. Legg, Heart of the valley: a history of the Morwell municipality, Morwell, 1992 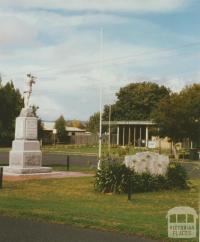 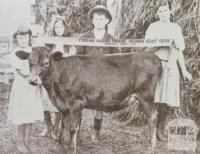 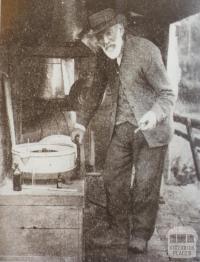