The area was known as East Brighton before being named Bentleigh in 1908 after the Victorian Premier, Sir Thomas Bent. East Brighton was occupied by stock runs until the early 1850s, when the increasing metropolitan population resulted in market gardens being established. The sandy soil was easily worked and there were springs in several places, part of the chain of water courses extending through the area to Cheltenham.

In 1849 a Methodist church was opened in Centre Road (near Jasper Road), one of four Methodist buildings built pre-gold rush in the Brighton district. An Anglican school was opened in 1850 in Tucker Road near Evelyn Street, and the Anglican church at the corner of Tucker and Centre Roads had its antecedents in the services held in the school.

There was a substantial Catholic community in the Bentleigh market-gardens area and in 1865 a school was opened on a church member's land in Bentleigh East. There was no church, however, and members attended services in Brighton, Glenhuntly, Oakleigh or Mentone, a situation which continued until 1955.

Bentleigh secured a break from the Brighton connection when in 1862 it was included in the Moorabbin Road District, separate from the municipal borough of Brighton. A State primary school, Bentleigh East, was opened in 1878 in Centre Road, just east of Tucker Road, replacing the old Anglican school. Among the townships between Caulfield and Moorabbin railway stations Bentleigh developed quite strongly in the early 1900s. The Sands and McDougall directory (1909) recorded two general stores, three bakers, three ‘confectioners’ (mixed businesses), a newsagent and a draper in Centre Road. The rural population was reflected in the corn store, saddler and two bootmakers. The bone mill was exiled to Warrigal Road.

The shopping centre along Centre Road grew steadily before World War II. The Bentleigh West primary school was opened in 1927 (549 pupils, 2014). The well known East Boundary hotel was opened in 1934, by when Bentleigh was a substantial township with market gardens and orchards around it. There were tile and brick works, a public hall and a library.

At the southern edge of Bentleigh there are the Patterson railway station and neighbourhood shopping area. In Warrigal Road, Bentleigh East, there is the Yarra Yarra Golf Club (1929) with a Spanish-Mission style club house.

The Centre Road shops have continued to be two strong retail strips, often being ranked in the best in metropolitan Melbourne.

Bentleigh and Bentleigh East's street layout is of a grid design, requiring traffic-calming devices in some streets to maintain residential amenity. There are reserves and sports ovals, not over-generous in number. The Moorabbin Community Hospital (1975, now Monash Medical Centre) is a short way east of the Bentleigh East shops in Centre Road. Despite the extent of Bentleigh East there is no other significant shopping area.

Census populations for Bentleigh have been:

In common with McKinnon and Ormond, at the 2011 census Bentleigh had above-average populations in the following religious affiliations:

Nancy Taylor, The first hundred years: a brief history of the Parish of St John’s Church of England, Bentleigh, Victoria, 1854-1954, 1954 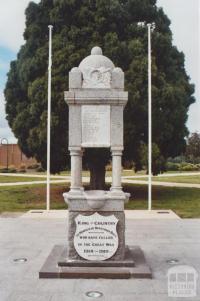 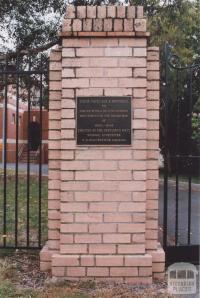 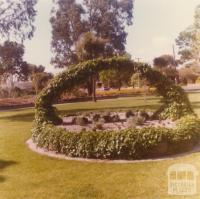 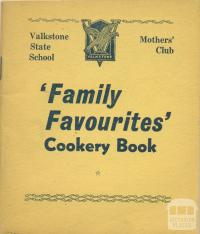