Coode Island, an almost uninhabited industrial area, is 4 km west of Melbourne. It was formed in 1886 when a canal was cut through the Sandridge swamp to provide a straightened stream for the Yarra River. The boundaries were the canal on the south, the Maribyrnong River on the west and the Yarra meander on the north and east. Its area was 97 ha. It was named after Sir John Coode, an English harbour engineer who was engaged by the Melbourne Harbour Trust to select the optimum route for the canal as part of the Port of Melbourne. 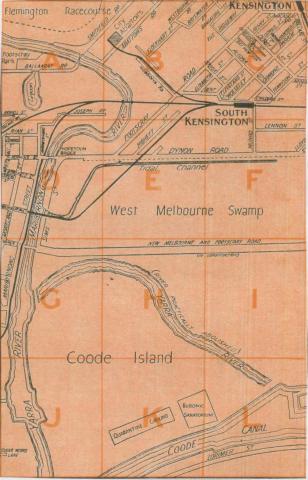 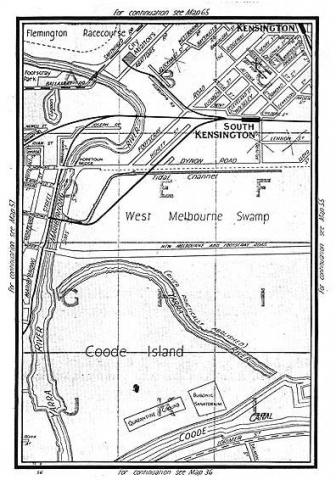 Publisher:
Morgan's Street Directory
Contributor:
Collection of the Centre for the Government of Queensland
University of Queensland