Knox city began as a shire created on 10 November 1963, by the severance of the western part of the Fern Tree Gully shire. Knox shire's western boundary was Waverley city, and its centre point was about 25 km east of Melbourne. Knox was proclaimed a city on 4 July 1969.

It was named after Sir George Knox, Fern Tree Gully shire councillor and member of the State lower house representing Upper Yarra and Scoresby (1927-60). He was elected as a shire councillor in 1923. 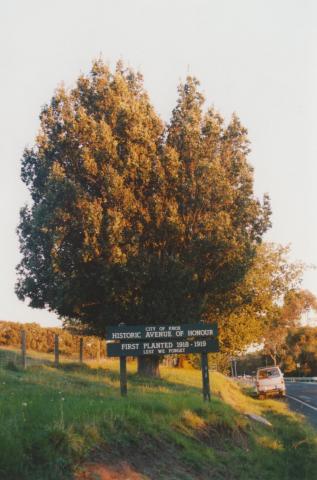