Dederang is a small rural town in north-east Victoria, situated on the Kiewa Valley Highway 40 km south-east of Wodonga. It was named after the Dederang pastoral run (1838), and the origin of the name is thought to be an Aboriginal word describing hailstones.

Overlooked by ranges to the east and the west, Dederang occupies a valley in which lies the Kiewa River. A racecourse was laid out in 1865, and farms were formed and taken up in the 1870s. A school was opened in 1883. During the mid to late 1880s two flour mills were built, one being powered from the Glen Creek and also working as a saw mill.

In 1903 Dederang was described in the Australian handbook:

Dederang has become best known for its picnic racecourse, with an annual meeting held each January. The course is considered to be a stern test for horses and riders and attracts crowds of up to 5000. Dederang also has a hotel, general and rural supplies stores, a recreation reserve, golf, bowls and tennis venues, a public hall, Anglican and Catholic churches (1913) and a school (58 pupils, 1998 and 23 pupils, 2014). Its census populations have been: 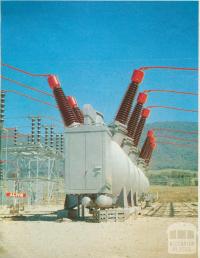