Eurobin is a rural locality in the Ovens Valley, north-east Victoria, about midway between Myrtleford and Bright.

The locality was known as Black Springs until 1870, and the change of name to Eurobin probably derived from the Eurobin Creek and waterfall which runs off the eastern face of the Mount Buffalo plateau, 10 km to the south. It is thought that the name was derived from an Aboriginal word describing a lagoon or the watercourse at the foot of the plateau.

Eurobin is one of several settlements in the Ovens Valley that are agriculturally rich. Farm settlement occurred there in the late 1860s, and an Anglican school was opened in 1869.

In the early 1890s the Pan Look family began growing hops at Eurobin, in addition to tobacco and dairying. (The father had been a Chinese storekeeper at the Backland valley gold field.) The Pan Look family’s hop farm was renamed Rostrevor, and later obtained financial investment from Henry Jones IXL (Tasmania) and the Carlton and United Breweries. The hop farm is the most prominent feature of Eurobin.

Eurobin’s agricultural productivity has maintained a relatively high rural population density and its census populations have been: 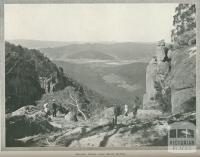 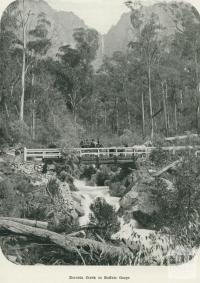