Grenville shire (1863-1994) adjoined the south-west of Ballarat and extended nearly to Skipton and Lismore. Its area was 845 sq km, and its main centres of population were former gold mining towns along the Glenelg Highway. It was named after William Grenville, First Baron (1759-1834), English parliamentarian and mover of the resolution for the abolition of slavery in 1806-07.

When the shire was proclaimed on 16 February 1863, it lacked the townships of Scarsdale and Smythesdale, which were separate gold mining boroughs until 1915. Its administrative centre was Linton (also a gold mining town). Near to Linton there was the mining village of Happy Valley, and there were settlements at Cape Clear, Haddon, Piggoreet and Pitfield, all of which had mining activity during later periods. Most of these settlements are in the vicinity of Woady Yaloak Creek and its tributary, Smythes Creek. The shire’s northern area comprised hilly ranges, giving way to plains in the south.

The cessation of mining and the consolidation of farm holdings saw the shire’s population fall by about half during 1880-1930, to around 3000 people. Another 1000 were lost by the early postwar years. The shire was described in 1946 in the Australian blue book: 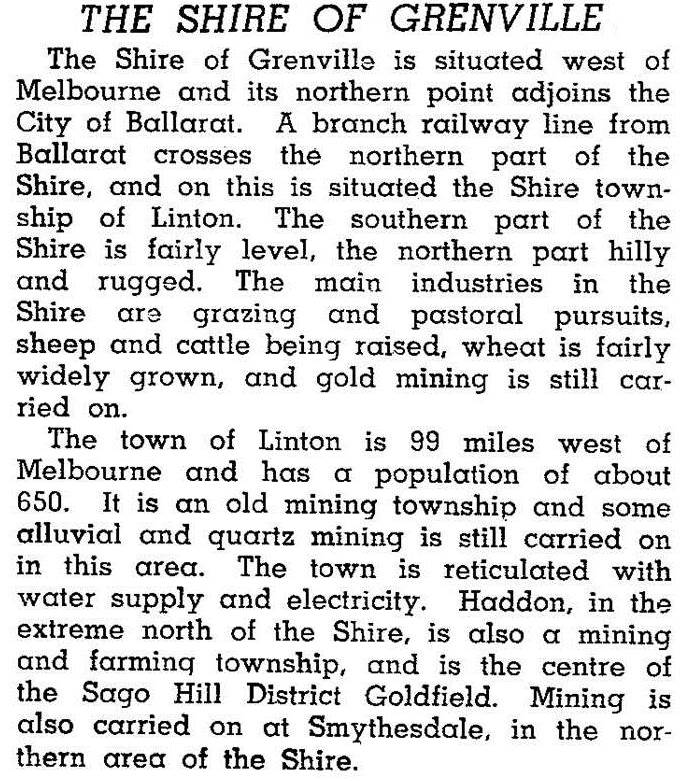 Grenville shire ceased on 6 May 1994. Its north-eastern urban sector was absorbed by Ballarat city and the rural area was united with Bannockburn, Leigh and part of Buninyong shires to form Golden Plains shire.

The village of Grenville was in Buninyong shire and was described in the 1903 Australian handbook: 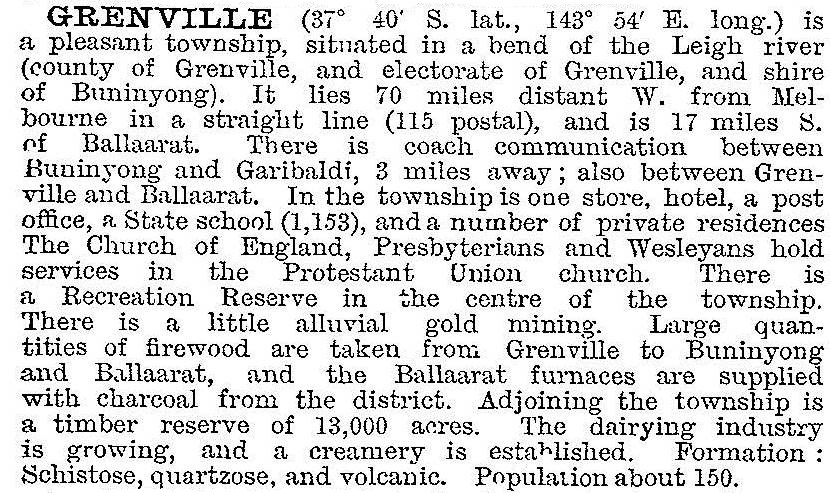 The golden stream: a photographic history of the district around Woady Yaloak Creek, Smythesdale, 1999 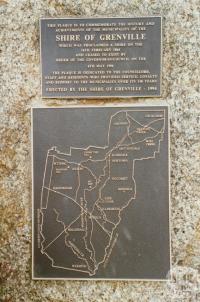