Harrietville, a rural township in north-east Victoria, is about midway between Bright and Mount Hotham. The nearest alpine peak to Harrietville is Mount Feathertop (1922 metres), 7 km east.

Thomas Buckland's pastoral run (1845) included the area later known as Harrietville, which came about from the discovery of gold. The goldfield was reported in 1858, and about two years later the area became known as Harrietville. The origin of the name was probably Mrs Harriet Luke, the first white woman to live in the district. In 1860 the first of several rich gold reefs was found. For several years the settlement was reached by imperfect horse tracks, and the surrounding hilly country was thickly wooded. Nevertheless local stores were established and a school was opened in 1866.

The main access routes to Harrietville were recorded in the 1884 Victorian municipal directory as being from Omeo, along a carriage track over the Dargo high plains, and from Bright. There were two churches, a public hall with a library and farming as well as mining. In 1899 gold dredging began in the Ovens Valley area and Harrietville gained the distinction of having the largest dredge and the longest period of dredging, lasting until 1955. The dredge tailings on the Ovens River provide ample evidence. Dredging, however, brought an economic fillip, and Harrietville was described in 1903 in the Australian handbook: 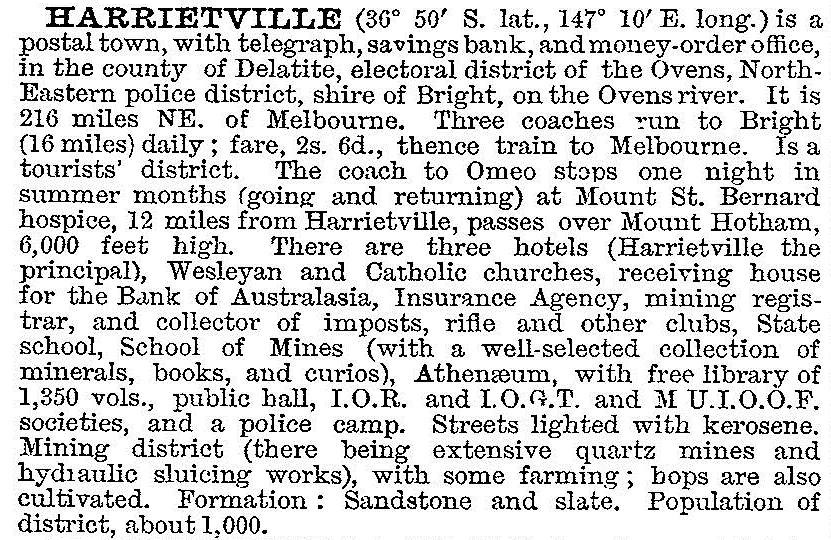 In 1890 a railway line to Bright had been opened, stimulating early alpine tourism. A Harrietville Progress Association was formed, constructing a visitors' hut on the track cut to Mount Feathertop in 1906. The Victorian Railways later replaced the hut with a bungalow for walkers and skiers, and in 1925 the Country Roads Board built the Hotham Heights chalet on the road to Omeo. Harrietville became a supply and starting point for travellers to these places. Harrietville had a hotel and a guest house, the latter being replaced by a large camping ground in about 1960.

Harrietville has a general store, a motor garage, a caravan park, a hotel, a motel and other accommodation, Anglican and Catholic churches, a public hall and a recreation reserve. The primary school had 21 pupils in 2014. An historical park beside the river describes the gold dredging era. In 2013 a large bushfire in Harrietville which burned for over a month destroyed 30,000 hectares and killed two firefighters.

Harrietville's census populations have been:

At the 2011 census, accommodation accounted for 25.6% of employment. 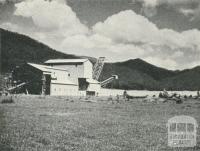 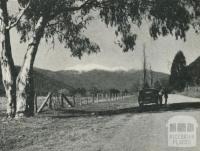 The Alps from Harrietville to Omeo, 1951