Hartwell, near Camberwell, is 10 km south-east of Melbourne. The name arose in a land sale advertisement, but the source of the name is apparently unrecorded. The advertisement predated the residence named Hartwell House (1853) at the corner of Toorak Road and Glencairn Avenue built by James Irwin.

Hartwell's first buildings were located where Camberwell Road merges with Toorak Road. There were also two creeks (tributaries of Gardiners Creek), which made for difficult crossing by wayfarers who would have had need of refreshment at the nearby inn. The creeks also supplied water for market gardens and nurseries. Hartwell had the first primary school (1858-67), and post office (1862), for the Camberwell district.

Hartwell's Inn became the Tyrone Hotel at the corner of Toorak and Camberwell Roads. After being delicensed, the hotel was replaced with the elaborate art deco Regal picture theatre.

Hartwell received a brief description in the 1903 Australian handbook:

When the Outer Circle railway was opened in 1891 there was a Hartwell station – the present Burwood station. Another station immediately to the north was opened in 1906 and named Hartwell Hill. It became Hartwell when the first one was renamed Burwood. Notwithstanding the opening of the railway line, residential development awaited the extension of the tram along Toorak Road in 1916. The strip shopping centre and subdivisions strengthened in the 1920s. A primary school opened in 1922 (the original one having closed 53 years before). The shopping centre remained active until 1990 when the Coles supermarket was closed, resulting in a rapid loss of passing trade. A new supermarket was opened in Summerhill Road, at the back of the Toorak Road shopping strip, in 2011.

Hartwell's informal boundaries extend further than might be supposed. Hartwell Sports Ground is in Bath Road, Glen Iris (formerly Burwood). Hartwell hospital was in Cornell Street and Hartwell Presbyterian church was in Halley Avenue. The Golf Links estate was started in 1927 west of Willison railway station, and is claimed by some to be in Hartwell.

Hartwell's cultural tributes include the Hartwell Players (1938) and the Boroondara Eisteddfod (both started by the Presbyterian church), and the Hartwell Motorcycle Club (1931) which conducts races at Winton and Phillip Island.

Most of Hartwell's housing is on large allotments, with the California Bungalow landscape being interrupted in places by redevelopment in the form of dual occupancy, units or modern (usually two storey) buildings.

Volkhard Wehner, Old Hartwell: the life and times of the village that lost its name, Glen Iris, 2012 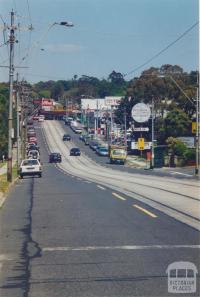