Kiewa is a small rural township in north-east Victoria, a short distance east of the Kiewa Valley Highway and 20 km south-east of Wodonga. Its name is shared with the Kiewa River, and it is thought that the name was derived from an Aboriginal word meaning sweet water.

The Kiewa township began with the construction of the Lagoon Hotel in 1859, probably so-called because the Kiewa River flats contain numerous lagoons and anabranches. Farm settlement came during the late 1860s, followed by the opening of a post office (1871) and a school (1874). The hotel also had a store, and a small hall was added to the hotel’s rear in the 1880s. The river flats were suited to dairy herds and in 1893 the Kiewa butter factory was opened. (It later became the North Eastern Dairy Company and then part of the Murray Goulburn dairy conglomerate). Kiewa was described in the 1903 Australian handbook:

The name Kiewa is more closely associated with the Kiewa Valley hydro-electricity project, first proposed by the Victorian Hydro-electric Company (1911) and the Bright and District Progress Association (1917). The proposal was appropriated by the State Electricity Commission of Victoria (SEC) and deferred while the SEC concentrated on thermal generation at Yallourn-Morwell, Gippsland. Further delay occurred when the SEC chose the Rubicon hydro-electricity scheme ahead of Kiewa, but work began in 1938 with investigation of the Bogong High Plains where the Kiewa River begins. The SEC began the establishment of works headquarters at Bogong village.

World War II and its aftermath were a period of material scarcity. The Clover power station downstream of Bogong was opened in 1945. Completion of the scheme involved the building of Mount Beauty township (1947) and the construction of Rocky Valley and Pretty Valley reservoirs at the Kiewa’s headwaters to regulate the release of water for all year power generation. Two more power houses, McKay Creek and West Kiewa, completed the Kiewa project by 1960.

The Kiewa Valley became well known by tourists and skiers. The Bogong High Plains have become a popular venue for walkers and the Falls Creek ski resort is a few kilometres downstream from the Rocky Valley reservoir. The words ‘Kiewa' and 'Kiewa Valley’ are found in the names of numerous trades and products in the north-east region.

The Kiewa River flows from alpine uplands to the Murray Valley, where the township of Kiewa is situated. It is surrounded by well watered alluvial flats, with a steep range to the west. Kiewa has a general store, a consolidated school (1953) with an enrolment of 178 in 2014, a bowling club, a memorial hall, a public reserve and a dairy factory. Its census populations have been: 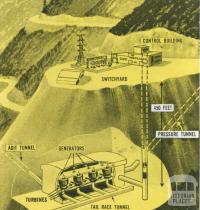 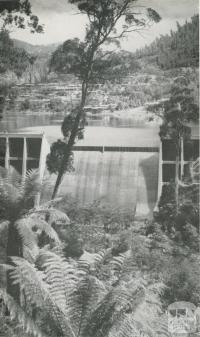 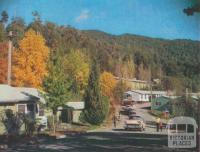 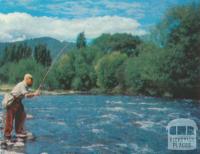 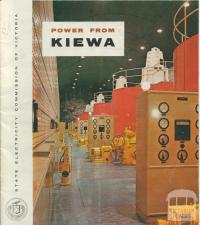 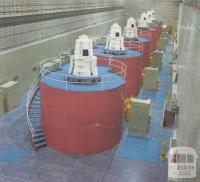 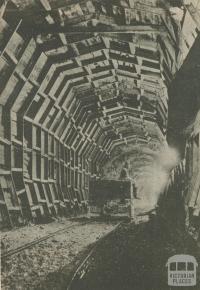 A tunnel for the Kiewa hydro scheme for electricity, 1950 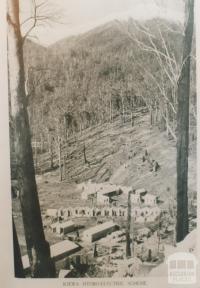 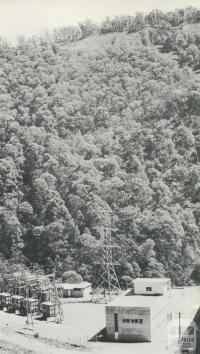